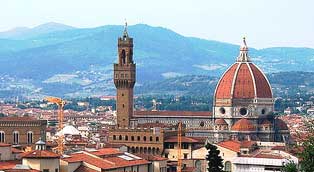 5th Conference on the Regulation of Infrastructures

The EPPP research group collaborates actively with the Florence School of Regulation (FSR) water group (http://fsr.eui.eu/water).We are also involved in the organization of this series of conferences on the regulation of infrastructures since 2012. This event is organized every year by the FSR in Florence.

The de- and re-regulation of the different network industries is an ongoing process at national and global levels. As this process unfolds, ever new phenomena emerge. Yet, the question about the right mixture between market, economic, technical and social regulation remains wide open in all the network industries.

This 5th Florence Conference on the Regulation of Infrastructures aims at taking stock of the major challenges infrastructure regulation is currently facing in the age of their rapid digitalization. It does so by:

Finally, we especially welcome papers that link technology and institutions in more than one infrastructure sector, as to allow comparisons and highlight cross-sectoral trends. Interested junior academics – advanced PhD students, PostDocs and Assistant Professors – along with academically minded practitioners are particularly encouraged to participate.

5th Conference on the Regulation of Infrastructures