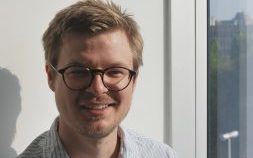 « The Cost of Favoritism in Public Procurement », by Bruno Baránek and  Vítězslav Titl

Short bio : Vítězslav (Vita) Titl is an Assistant Professor of Law & Economics at Utrecht University. He is also a researcher (principal investigator of a Junior STAR project) at Charles University and an affiliated researcher at KU Leuven and Vrije Universiteit Brussel.

Are political connections in public procurement harmful or efficiency-gaining for the public sector and what are the costs of favoritism towards politically connected firms? Exploiting detailed data on firm representatives’ political affiliations in the Czech Republic, we find that favoritism to politically connected firms increases the price of procurement contracts by 8% of the estimated costs while no gains in terms of quality are generated. Interestingly, these adverse effects of political connections are not present for procurement contracts that get additional oversight from a higher level of the government, because they were co-funded by the European Union. Based on our estimates, the total procurement expenditures increased by 0.48% due to the favoritism. Finally, we discuss and document hannels of such favoritism, and present suggestive evidence that politicians tailor technical specifications of projects to fit the comparative advantage of specific firms